Author of this page: Anja Schäfer 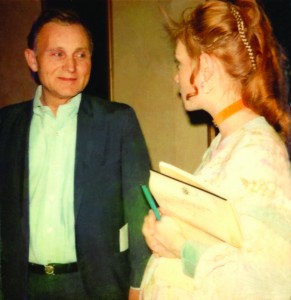 According to her own statements, a first encounter between Omnec and the modern founder of Eckankar, Paul Twitchell, happened while Omnec was still living on the astral level of Venus before she manifested a physical body and before she came to earth. To be more precise, Paul Twitchell was brought to the astral Venus in his soul body together with his Master Rebazar Tarzs during his times of preparation of being a spiritual teacher on earth. Paul was shown the child Omnec Onec with the explanation that he would be meeting her later on the physical earth. In the second part of her autobiography titled “Angels Don’t Cry”, Omnec quotes Pauls first words after their re-encountering on earth in 1969: “In Tibet, Rebazar Tarzs was one of my Masters. One time, he took me on a Soul Journey to Retz and to Teutonia. He pointed to you, a small girl at that time, and told me to remember you, as we were going to meet in the future. You would be playing an important role in helping me to establish the teachings.”

In the chapter ‘Reencountering my spiritual teachings‘ Omnec writes: “Paul Twitchell was the first modern-day Mahanta or Living Master in the Western world. It means he has received the rod of power passed from the Ascended Masters to the chosen person. These teachings were to be taught by a living teacher familiar to the time and conditions of the people being taught.

The Ancient Teachings are the original truths that are the basis for all creation. They are the teachings of all advanced beings, physical and otherwise. Originally the Venusians were chosen to be the protectors of the truth, as they remained in harmony without any separation of their basic spiritual concepts. They also brought the Ancient Teachings here when Earth was colonized by the first physical people. Later, the teachings were hidden for protection from manipulation by the controlling forces that ruled Earth after the fall of Atlantis. This was before the birth of Christ. Later, Christ began to study in Tibet under the guidance of Fubbi Quantz, an Ascended Master who lived in a physical body at that time.

Paul Twitchell began to make these teachings publicly known in 1965 to rise the consciousness of people on Earth. This has been the goal of all Masters while on Earth and of course the forefathers of Earth people.”

After their first meeting in the end of the Sixties, together with her Ex-husband Stanley Schultz, Omnec started supporting the teachings which she knew from Venus also under the name „The Laws of the Supreme Deity“.

In 1971, Paul Twitchell died. As Omnec did not have the same intensive connection with his successor like with Paul, the paths of Omnec and the outer organization Eckankar separated at this point. Internally always connected, on the outer levels ways and means of sharing the teachings have differed now – Omnec remained independently and worked only with individuals and through lectures and workshops organized by other people, whereas Eckankar became a well-organized, worldwide movement with study groups, numerous publications in many languages and big events. 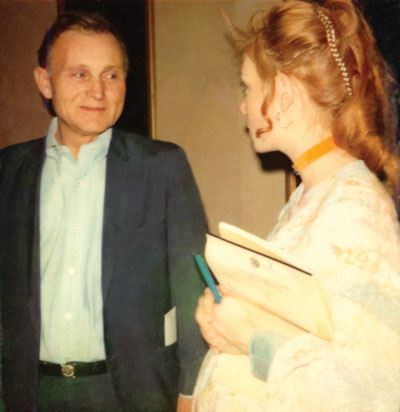 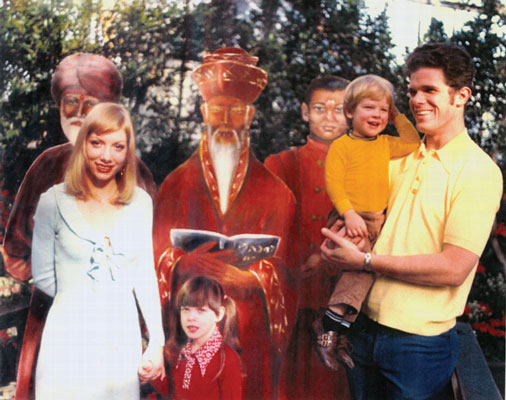 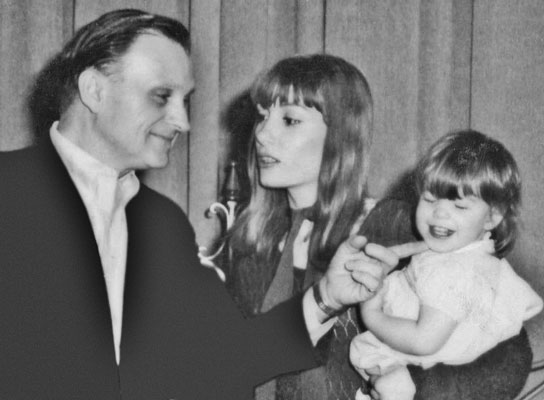