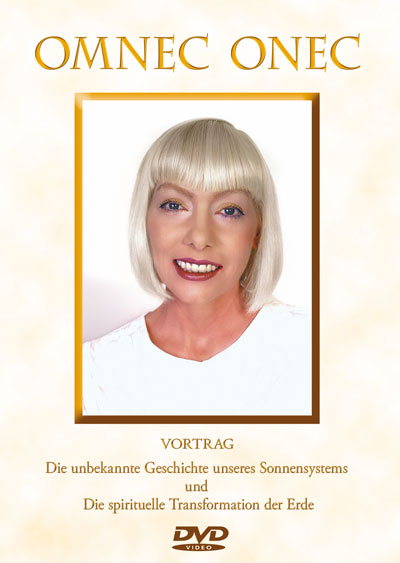 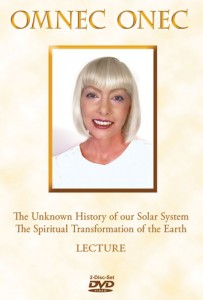 In the lecture on Double-DVD “The Unknown History of the Solar System and the Spiritual Transformation of the Earth”, Omnec Onec tells the story of the inhabitation of our solar system, talks about the reasons for the spiritual transformation process on Earth that is currently taking place and imparts precious information about how every individual can take a conscious part in this process of raising the vibratory rate of planet Earth.

Here you can download the basic information about The Unknown History of our Solar System and the Spiritual Transformation of the Earth as a PDF-file for free.

In the mid-nineties, Omnec Onec shared the information that’s on this DVD with people for the first time:

“I first heard about the transformation and the history of the solar system at a meeting on the astral plane to which I was invited in 1994 and which I attended with the help of a long meditation. There, the connections were made clear. Thousands of human and non-human beings from different galaxies, all intelligent and highly evolved beings, attended this meeting. It was just one of countless occasions when they got together in order to coordinate their efforts to save the earth. Since about 1930, they tried to increase the vibration step by step in order to prevent a further destruction of the planet …“ (Omnec Onec)

After Omnec told the story of mankind on Earth and the interrelationship with today’s times of changes in lectures, many people wanted to know more – so the “Transformational Workshop” was developed. In the course of weekend seminars, Omnec imparted universal truths over many years. Omnec’s information not only made a lot of sense to many people, but also touched their souls and caused consciousness-expanding experiences. When it became clear in 2004 that Omnec Onec would return for an extended period to the U.S., it was uncertain when, and if, she would come back to hold lectures and workshops in the German-speaking countries, this video was created. One could say, that these two and a half hours encompass the essence of what Omnec Onec has to share with people. This recording does not correspond to today’s quality standards, but we have reworked it to the best technical level possible. The German dubbed version was created in a professional recording studio. We hope that you take the time to enjoy this unique recording with Omnec Onec in a peaceful environment and let it work on you.