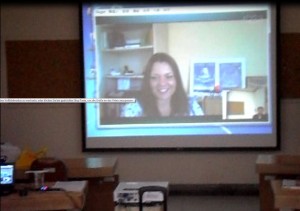 Dr. Alex Shih from Taiwan is the author of the “Practical Health Consultation Reference Book” in which he included some pages about Omnec Onec in order to introduce her to the public in Taiwan.

Due to his interest in Omnec, he has been keeping in touch with us for several years. This year, he asked me (Anja) if I would be willing to answer some questions about Omnec per Skype during one of his monthly SFMI meetings in the Taichung Culture Center. The website of Dr. Alex Shih is http://sfmi-blog.blogspot.tw/.

YouTube Link to the video recording of the interview

This interview took place on June 1, 2014 per Skype. Dr. Alex Shih asked me his questions in English and translated my answers into Chinese. The interview has a length of 12 minutes.

Sorry for the quality – we are all no experts. Dr. Shih and his assistant recorded the interview in Taiwan and I in Germany as well. His video recording was better than mine, however my sound was better than his. I merged the files together and edited it all with Nero Vision.

The questions that Dr. Shih asked about Omnec Onec are as follows:

1,  Is Omnec Onec the only alien on earth?
2, Where can people buy the book of Omnec Onec in the internet?
3, What is the public schedule of Omnec Onec in the soon coming future?
4, Can Miss Anja CR Schaefer tell people what you feel by helping Omnec Onec for such a long time and what would Omnec Onec want to say to people if she showed up for herself in this meeting? 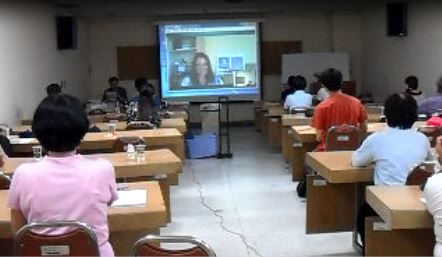 Dr. Alex Shih asked for two more interviews in 2014 which shall take place in September and December this year.