☆ ♥ ☆ ♥ ☆ ♥ ☆
Dear friends of Omnec!
We wish you a happy year 2014 with many miracles and fulfilling experiences. May the year 2014 be a wonderful and uplifting year for all of us – and may more and more physical signs of a new Earth where Souls live in harmony with each other come into existence.
Love and Blessings
Omnec and Anja
☆ ♥ ☆ ♥ ☆ ♥ ☆ 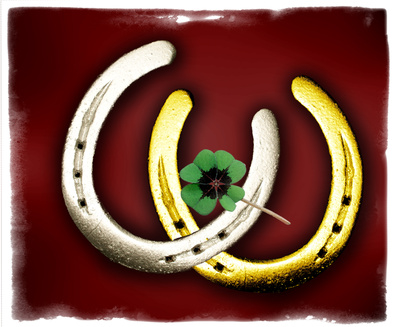 The year 2013 was an intensive and interesting year. A lot of attention got the preparations for Omnec’s trip to Europe as well as her presence in Germany between August and October. During her stay we met many wonderful people. All “Private Meetings” were simply wonderful (Link to photos of the meetings). Omnec’s Birthday-Party on August 20th in the Lebensraum-Garten in Southern Germany (Link to photos) was really special, and another great event was the very first public OMNEC’S OASIS-Meeting which took place on September 29th, 2013. At the moment, Omnec stays at her daughters in Chicago. I am sure that she sends you all love and greetings, even if I cannot talk to her personally right now. Just a couple of days ago I spoke with her oldest son Joe in Florida and he told me that Omnec is doing fine.

OMNEC’S OASIS: A PLACE IN HARMONY WITH THE UNIVERSE

Thank you so much for all your interest in the OASIS Project for contributing your thoughts and positive visions! One of my absolute favorite quotes by Omnec is  “Imagination is the key to creation.” In this sense, I am still convinced that OMNEC’S OASIS will be real one day on planet Earth and that it already IS real somewhere (in another dimension or on another planet or both).

The first OMNEC’S OASIS meeting was a milestone on the way to the manifestation. For the very first time, Omnec and I shared our vision in a meeting with other people. Every single participant was and is an important part of the whole, and even if it is not completely clear at the moment how to concretely go on, I consider this first meeting as something very special. The next steps could be a new and modern Oasis-Website, an Oasis-Powerpoint-Presentation and the update of the concept description based on Omnec’s and my discussions in 2013. Furthermore, answers to questions like “WHERE (in Southern Germany?) can such a big project be realized at all?” and “WHAT KIND of legal form (non-profit organization or association or foundation?) can or should be founded?”. To be able to answer these kinds of questions, “realistic” people like somebody involved in German planning laws, an architect and a lawyer are needed. Further ideas for the next concrete steps have been written by Omnec and me before the first Oasis-Meeting: Link to the invitation to the first Oasis-Meeting.

Probably the very next step is even to get to the heart of the spiritual principles of the Oasis and to formulate them in form of a concrete and simple list. Especially helpful could be people who already made experiences with the successful organization and manifestation of such a big project and who would be willing and able to accompany the next step of the OASIS towards its manifestation with their advice. Whatever shall happen next: When the time is right, we will know it and continue.

While Omnec was in Germany in 2013, the idea of a trip through the USA emerged. Omnec would like to travel through the States so that she can finally give public appearances in her “home country” – so to say 😉 –  again after almost 25 years. So that this can be put into action, some things have to be clarified like: WHERE do people want to organize a public event for Omnec? WHO does the complete organization? WHO travels with Omnec? HOW will the tour be carried out and financed? But like everything in life things will fall into place if this tour is wished by the people and meant to be.

We are currently working on a new book which shall contain all unpublished texts by Omnec as well as questions and answers, mainly based on recordings from public events with Omnec in the last years. If I have the appropriate working conditions, I will continue to work on this book in 2014 and publish it in English and German.

Love and Blessings to all of you ♥
Anja ♡