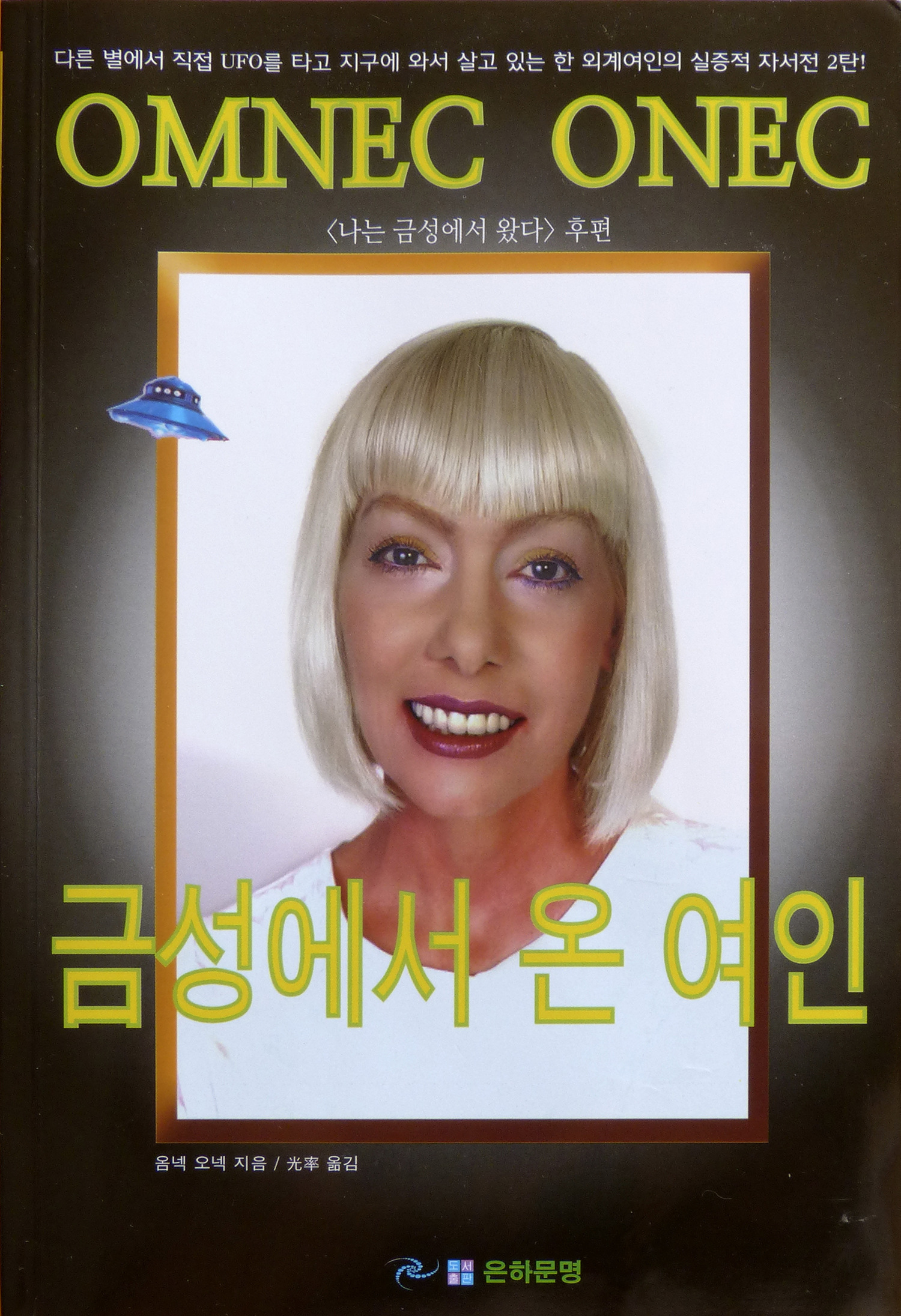 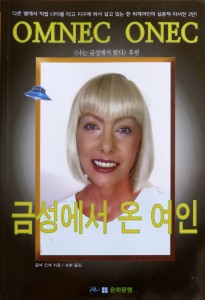 In Asia, the interest in Omnec Onec’s autobiography and spiritual teachings is generally extraordinarily high.

Already in 2010, her first book From Venus I Came was published in Korea.

Now, in 2014, the second part of her autobiography Angels Don’t Cry and the spiritual essence of her teachings titled My Message are available in one new book (see photo on the right) in Korean language.

This is the link to the Korean publisher’s page where her books can be ordered. You can also send an Email in English to the publisher CHAN HO PARK from Eunha-Moonmyoung Publishing House. 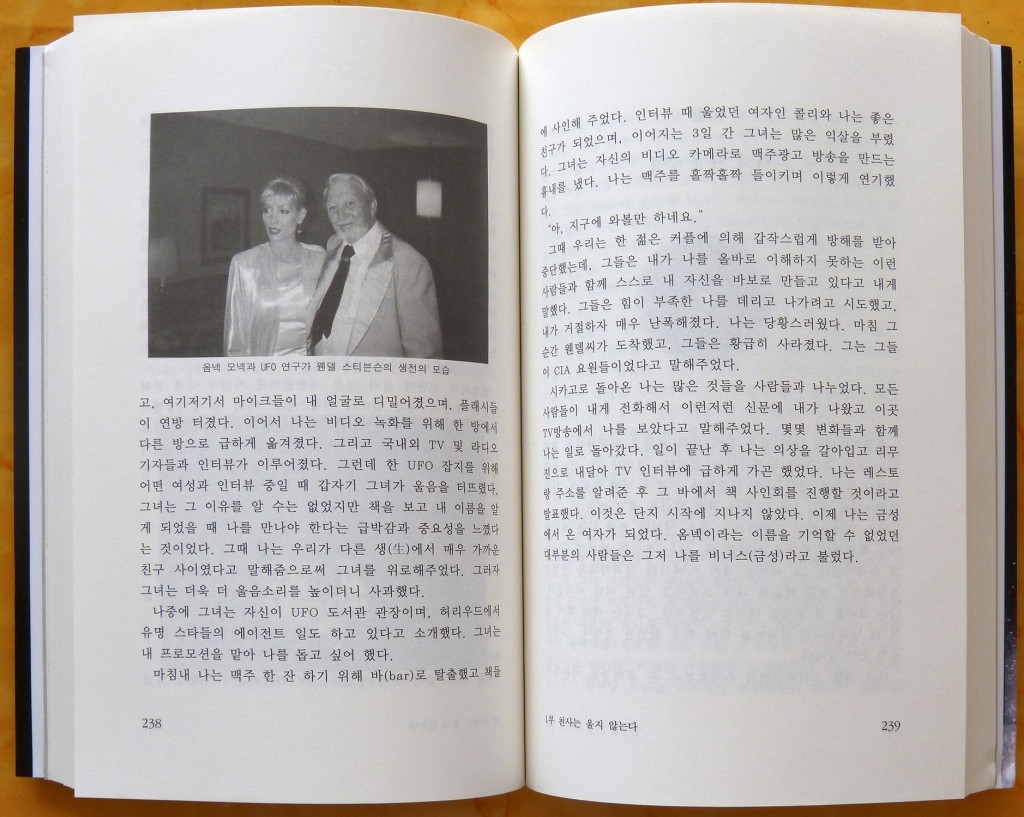 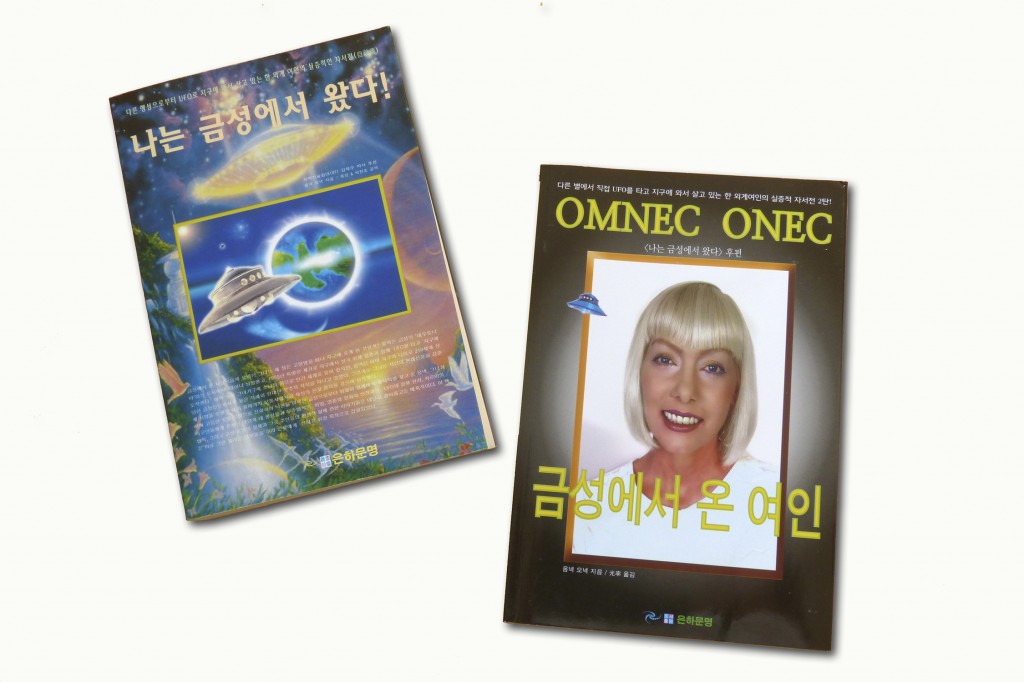