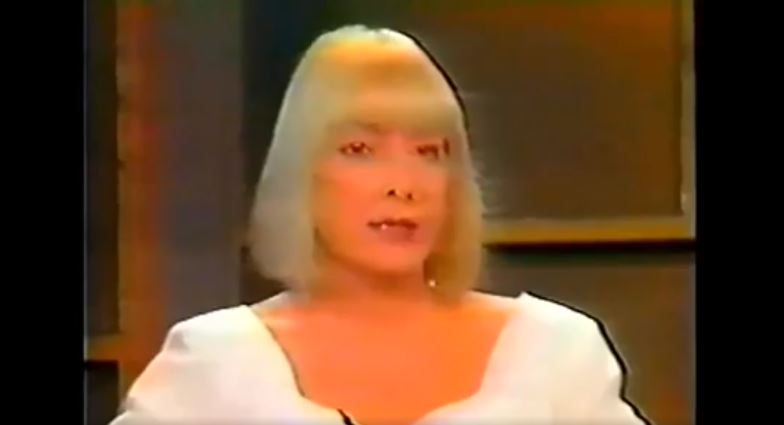 The quality certainly does not meet modern standards – it’s an old recording which had been transferred from a video tape to a mp3-file. My upload was deleted from YouTube. Stan Schultz, Omnec’s Ex-Husband, uploaded the video on facebook and we hope that you can watch it here.

It’s worth it – be assured! It’s a very unique appearance from Omnec’s beginning in public.

Omnec is sitting here with three of her already grown children – plus Omnec’s ex-husband Stanley appears in the audience, too. And there are very interesting other people in the show (like Frank Strangers who is talking about another Venusian called Valiant Thor and a very nice scientist who felt that Omnec should be able to easily deal with fire on her skin because she came from the hot planet Venus :).

In my opinion this video is very interesting, among others because you can see how relaxed and consistent Omnec has been presenting herself from the beginning of her public appearances – always giving the same answers and information in the same friendly and respectful way – and the way Jerry Springer does his job is entertaining and amusing, too.

Take the time to watch it and share it with others. Love and Blessings, Anja