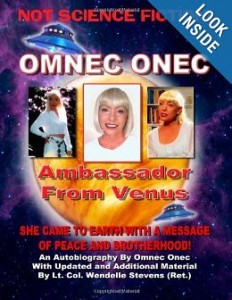 To cut a long story as short as possible: For many years already, there is a book available that is published without a contract with Omnec – in simple terms “AN ILLEGAL OMNEC BOOK or a RIP-OFF”.

A publisher in the USA published Omnec’s autobiography “From Venus I Came” without Omnec’s rights. Although the only original title is “FROM VENUS I CAME”, he renamed it into “Ambassador from Venus”. Since he has published it, the publisher has been selling Omnec’s book without ever having contacted her personally and therefore without paying her any royalties on the sales.

Mr. Timothy Beckley (the owner of this publishing company) claims that the “obtained the rights from Wendelle Stevens” (Omnec’s very first publisher in the United States in 1991).

However, Omnec never ever gave the rights of her autobiography to Wendelle Stevens, except for publishing her very first edition. Mr. Wendelle Stevens and Omnec Onecs were good friends and she was thankful that he wanted to publish her first book, but she never sold her rights for future publications or generally.

Although we already tried to reach Mr. Beckley, we have not received a reply from him until today (9/20/13).

AMAZON REVIEW INFORMATION
On Dec. 2009, after the publication of the above-mentioned Rip-Off, Omnec’s Ex-husband Stanley Schultz wrote a review on amazon: 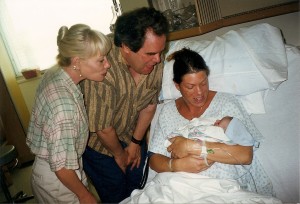 “Tim Beckley purchased the right to reproduce the book from Wendelle Stevens without Omnec’s consent or knowledge. Omnec has not been compensated at all for this edition, it is a pure rip-off. Please don’t buy it unless you want to support unethical people, and gain some bad karma. …”

“This is such a blatant lie. First off the writer claims to be the ex-husband of a Venusian. That’s pretty weird right there. Second of all what claim would an ex-husband of anyone have over this matter. I purchased the right to this book from the publisher the late Wendelle Stevens. Anyone who has any questions may contact Wendelle’s daughter Ce Ce who is repost all his books on Kindle and in other formats to make them available.”

Now, after I have decided to really make this issue public, I (Anja CR Schäfer) wrote a reply:

“This is not a lie. Actually, Stan Schultz was married to Omnec Onec aka Sheila Gipson. They have two children together, their names are Zandar and Tobi. They are easily able to witness this. All of Omnec’s children except for her youngest one Jason appeared in the Jerry Springer Show in the Ninetees. The video of this recording is on YouTube. And this link leads to an interview from 2012 where Stan Schultz speaks about his connection with Omnec.
In fact, Mr. Beckley, you do not have the rights to print and distribute Omnec Onec’s books. You never have contacted Omnec personally until today (9/20/2013), nor have you ever tried to offer her a contract or royalties on the sales of “your” book. Wendelle Stevens never had the rights to sell Omnec Onec’s rights – and according to her daughter Cece, he never sold the rights to you anyway. Wendelle Stevens was only allowed to publish the very first edition in 1991 with the original title “From Venus I Came”. He was a good friend of Omnec, but he did not receive the rights to publish or to sell her autobiography to others after the first publication. After the first publication of “From Venus I Came”, the rights on Omnec’s autobiography returned to herself. This is written in the copyright page/imprintment in the original book. 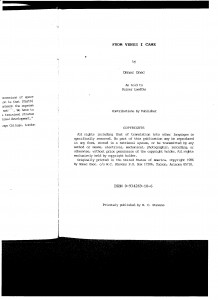 (see photo). You will hear from us again, because Omnec has many friends who are aware that there is something going wrong here.

Actually, all of you who ever sold Omnec Onec’s books, CDs, DVDs or whatever without ever having concluded a contract with her personally – at least you owe her money and an excuse plus the promise to deal with her in a reasonable, legal way from now on.

If you want to contact Omnec personally to clarify this or other situations, you are welcome to write an email to contact@omnec-onec.com. My name is Anja CR Schaefer an I am Omnec’s friend and PR Manager. I am also in charge of Omnec Onec’s Website www.omnec-onec.com.”

Supplement 10/5/2013: Curtis Cooperman added another comment on Amazon: “Wendelle Stevens NEVER owned the copyright to the words of Omnec Onec. Omnec is the sole owner of her own copyright. Inner Light Publications has NO rights to steal Omnec Onec’s entire words and call it theirs. Inner Light you are thieves printing Omnec’s words and selling them as yours. Have you no shame?”