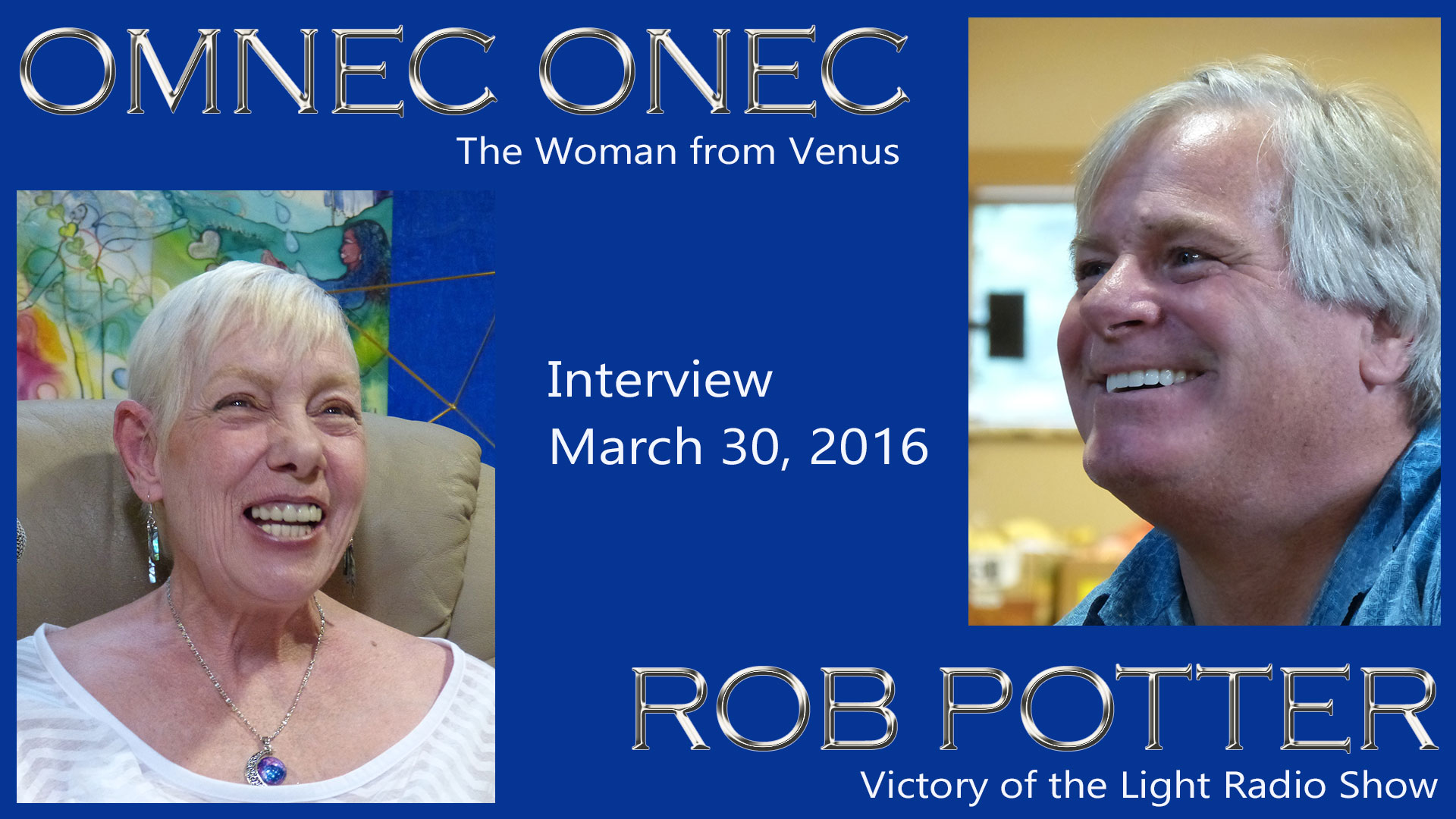 Robert Potter from the Victory of the Light Radio Show spoke with her on the telephone on March 30, 2016 about several very current subjects, like Omnec’s next trip to Europe in July/August and the ongoing Transformation Process of the Earth. Love from Anja Schäfer

In this interview, Rob Potter speaks with Omnec Onec about the following subjects:

About Omnec Onec – The Woman from Venus: Omnec Onec was born on the astral level of the planet Venus and came to Earth with her own physical body in 1955. In the Ninetees, she became publicly known with her autobiography FROM VENUS I CAME (today part 1 of THE VENUSIAN TRILOGY). In this book, she portrays life on the astral level of Venus and describes why and how she was born there and why as a child she was given the opportunity to lower her vibrations, to manifest a physical body and to come to Earth at the age of seven in order to later in her life work as a spiritual teacher and fulfill her life cycles here on Earth.