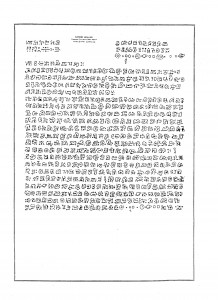 This document was handed over to the contactee George Adamski (author of “Inside the Space-ships” and “Flying saucers have landed”) in 1953 during one of his encounters with Venusians. According to Omnec, the Venusian Orthon is, like Odin, her uncle.
In the nineties, this script reached Germany. At the request of a friend, Omnec wrote her interpretation of the Venusian letter and made it available to the participants of lectures and workshops from that point on. After I asked the George Adamski Foundation about the authenticity of this document in February 2010, I got the confirmation that this letter is real, that it exists and that its original author also provided its accurate translation. To my next email asking for more information, I did not receive an answer, and I did not follow up.
Please form your own opinion and feel for yourself if the script and (or) Omnecs translation is of any value for you. In one of the lower paragraphs Omnec mentions that she was not allowed to pass on a piece of information, because it was about the sources of power the Venusians were using. Today, Omnec describes this source of energy as “resonating magnetic energy”.