Omnec prepares her trip to Europe

First of all a special thank you! 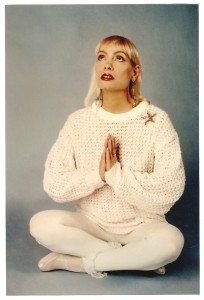 It made Omnec very happy to hear that a Japanese man who lives in the USA named Yuji donated 300 USD to “Support the Mission”. Additionally he mentioned that he would like to also send some money to Omnec personally and asked me if she has an American account. To be sure that it’s o.k. for her if I give him her account information, I called her. Naturally she was very happy to hear about this good news, and so I wrote him again and thanked him on Omnec’s behalf very much for his support.

The money which the man gave for the support of our work, we will use for Omnecs trip to Germany and her stay here. In case there will be any money left from the donations and probable income during her stay, Omnec and I will decide together what we will use it for before she goes back to the States on October 8th. I will publish these information here, too.

Omnec is very much looking forward to her trip to Germany and to celebrating her 65th birthday among many old and new friends on August 20th. 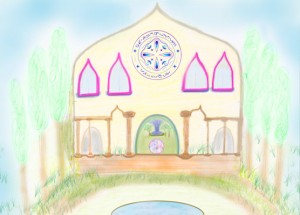 I told Omnec that I would love to publicly present the “Oasis Project” together with her at her birthday party in order to support the entry of the project into the next phase of manifestation.

The Oasis shall be a place where people live and work and where public events and meetings take place. For Omnec herself it shall also be place to live, a home where she can be whenever she wants and as long as she wants to. Omnec still lives at a very good friends house in Missouri, she is safe there and thank to his support she has everything she needs. Just in case something might change one day, Omnec has no idea at the moment where she could live then. Of course, she is not frightened, but the imagination alone that the Oasis-Vision might come a little closer to physical reality gives Omnec a feeling of hope and happiness. In this context, it’s my intention to breathe new life into the Oasis-Vision in the next weeks and months, e.g. by creating a new website for the project which can easier be updated and which can be more interactive and alive compared to the old and static Oasis-site.

In 2008, I have created the current Oasis-Website in pure HTML and CSS – it was my very first website at all. It includes my descriptions of the vision as well as my “Kindergarten-drawings” of the vision – also called “naive paintings”. Since then, the site is unchanged. The link is www.the-oasis.info. As there are many people interested in the realization of visions like this and as emails are coming in with questions about the status and the progress of the project, I can imagine that a more interactive site with more information might be well received. And who knows, maybe one day those people appear who are able and willing to bring “the first version of the Oasis” into this world through their abilities, knowledge, and/or financial means. I say “first version”, because the “full version” is a really big project – in all respects. Who is interested in reading the description of the vision can download a file here: Download PDF Oasis Vision

At the moment, Omnec slowly prepares her trip to Germany. It is still 10 weeks until then, but as she had a stroke and is still physically handicapped, she needs much time for everything.

Omnec would like to thank you all for all your kind words and thoughts which you have been sending towards her for so many years and again and again!

That was it for today – until the next time!